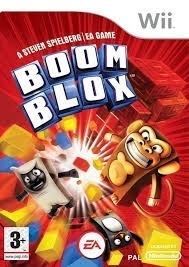 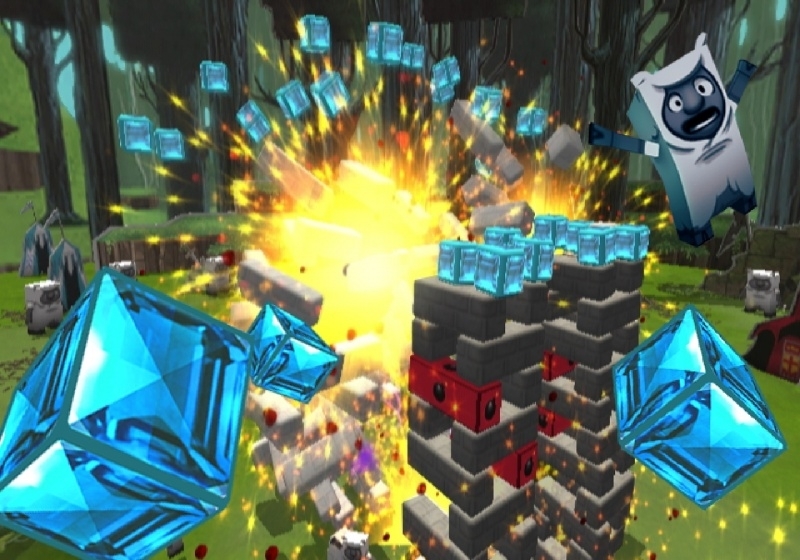 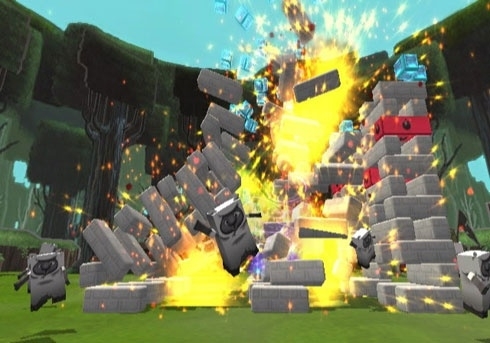 One of a series of projects Electronic Arts is making with famed director Steven Spielberg. This particular project is a physics-based puzzler that is designed to be played by anybody in the family using the unique control set-up of the Wii.

Boom Blox offers action-packed interactive activities that takes Wii play to a new level of creativity and fun with single player gaming as well as co-op and versus battle either simultaneously or turn-based with one Wii controller. Players can explore the visceral gameplay -- perfectly suited for the Wii's interactivity—that keeps them destroying their way through brain-twisting challenges. They can interact with entertaining characters such as the Blox-laying chickens or the baseball throwing monkeys, who bring personality to the Tiki, Medieval, Frontier, and Haunted themed environments. Additionally, players can remix any level of the game in Create Mode using props, blocks, or characters that have been unlocked during the game. Players can also virtually build anything they can dream up. Plus, their designs can then be shared with friends or used to challenge others to solve their newly created puzzle via WiiConnect24.