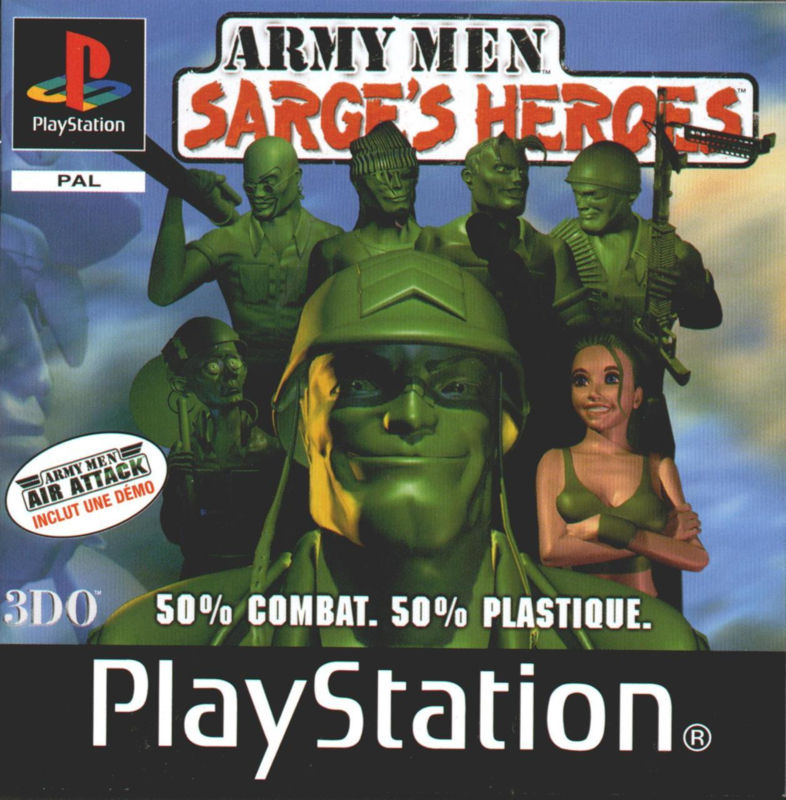 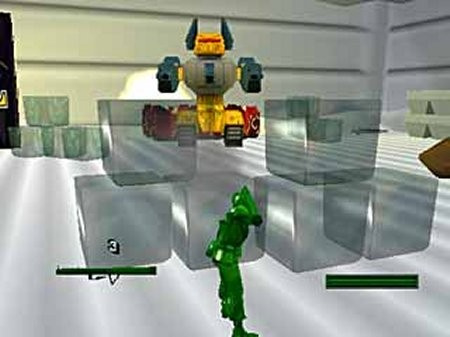 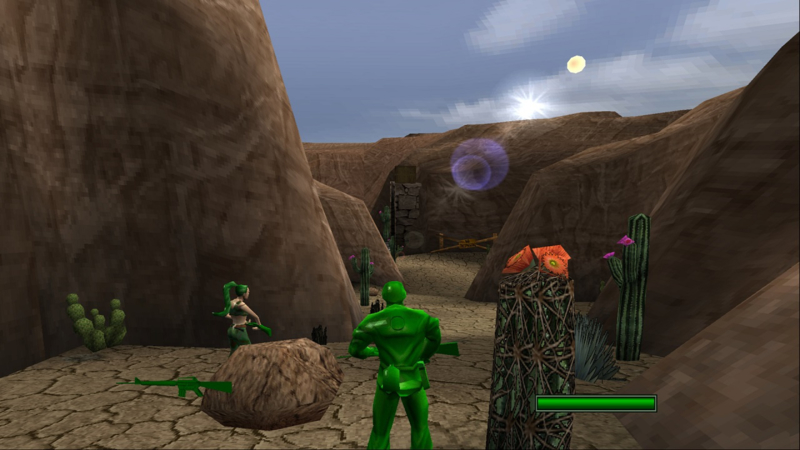 In this version of the popular game series, players lead Sarge through 15 missions filled with dangerous objectives, ultimately attempting to thwart General Plastro's ghastly plans with his newly acquired weapons of mass destruction. Players can experience the action from "our world," fighting through seven levels set in a suburban home's living room, kitchen, bathroom, and backyard garden. To get closer to the action, players can jump into the frontline in the "plastic world," a land of mountainous terrain, arctic wastelands, forests, and towns. Six multiplayer missions and a family mode allow players to recruit freedom-fighting friends of all ranks.