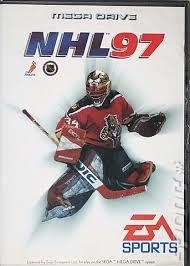 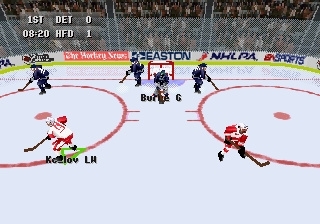 All of 1997's 26 NHL teams can be found in NHL '97, along with 18 international teams and two division All-Star rosters. EA uses real NHL players and stadiums as well, giving you the ultimate NHL experience. Each game starts off realistically, with the last few notes of the National Anthem being played (either the American or Canadian, depending on which side of the border your teams is from), and the game contains an amazing amount of play-by-play commentary. NHL coach Marc Crawford developed the plays, so you can expect a good selection of realistic plays to choose from. You can also change your offensive and defensive strategies during the game with the press of a button. And if you're in a sociable mood, take on up to eight friends in the Multiplayer mode.