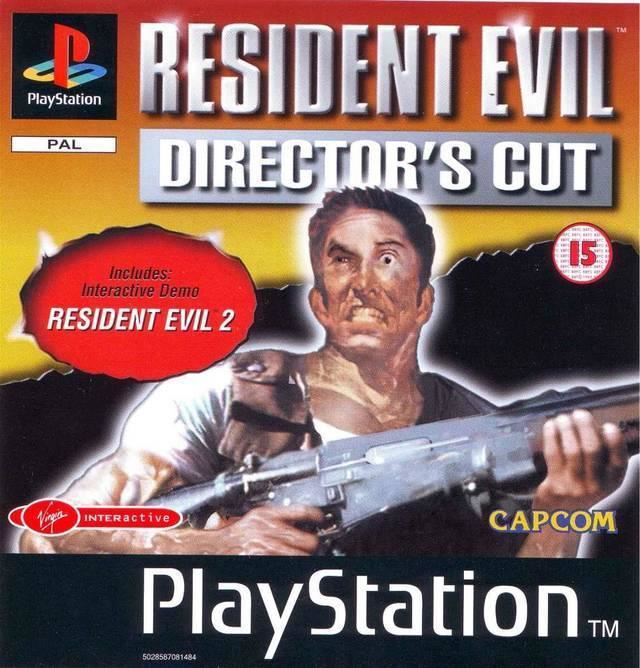 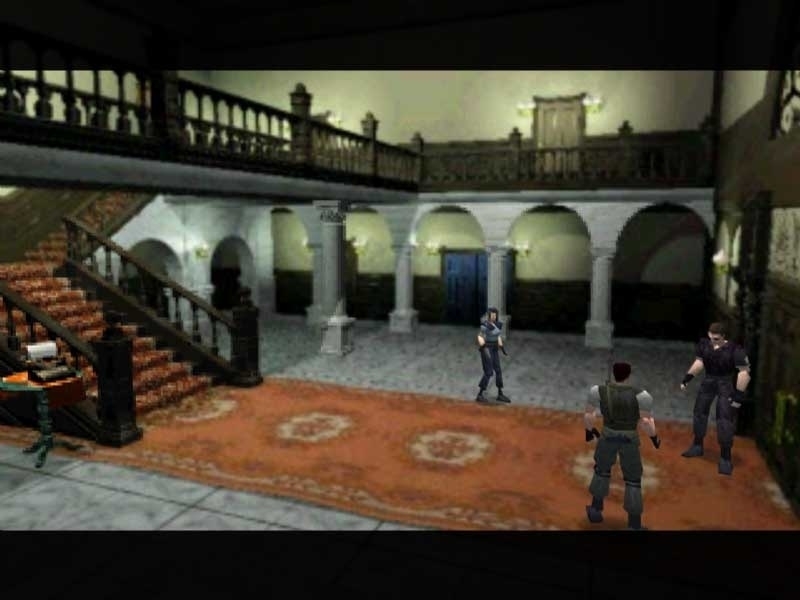 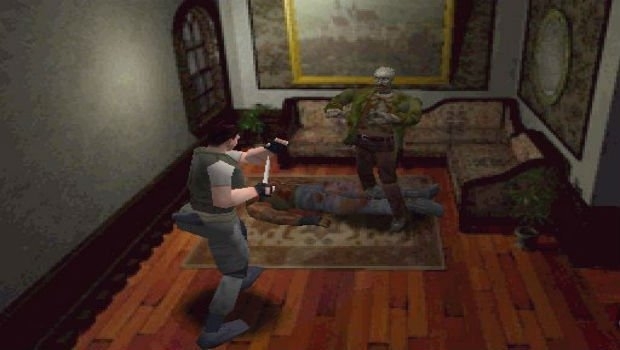 The game begins on July 24, 1998 . Alpha team locates Bravo Team's helicopter, but there are no signs of survivors; only a severed hand is found. While searching the area for further clues, Alpha Team is attacked by monstrous dogs, one of which kills one of the team's members, Joseph Frost. Alpha's helicopter pilot, Brad, panics and takes off alone. Pursued by the dogs who killed their colleague, Alpha Team is forced to seek refuge within a nearby mansion, which is believed to be abandoned.

With the dogs roaming outside, the four remaining Alpha Team members (Wesker, Chris, Jill and Barry) are trapped within. Depending on which character is the player, one of the members of Alpha Team is separated from the others during the chase and does not make it to the mansion (Barry if Chris, Chris if Jill). A gunshot rings out, and the player character moves to investigate. At this point, the player takes control of the character and begins to explore the mansion. One of the first discoveries is a member of Bravo Team, Kenneth J. Sullivan, being eaten by a zombie. While searching the mansion, the character finds the other members of Bravo Team, such as Richard Aiken, dying after being bitten by a venomous snake, who gives the character his radio before dying. Forest Speyer, found dead on the balcony (who is later revived as a zombie in later releases of the game). and Enrico Marini, the captain of the S.T.A.R.S Bravo Team, who reveals that one of the members of Alpha Team is a traitor before being shot and killed by an unseen assailant.

The character eventually finds the mansion to be riddled with puzzles, traps, and horrors. Scattered documents suggest that a series of illegal experiments were being undertaken on the property by a clandestine research team, under the authority and supervision of the biomedical company Umbrella Corporation. The creatures roaming the mansion and surrounding region are the results of these experiments, which have exposed the mansion's personnel and various animals and insects to a highly contagious and mutagenic biological agent known as the T-virus.

After navigating a series of buildings, passageways and underground tunnels, the player discovers a secret underground laboratory containing the Umbrella Corporation's experiments. In the lab, the player learns that Wesker is a double agent working for Umbrella. Wesker is supposedly killed afterwards by one of the creations. The player finds the other playable character in a cell, put there by Wesker, and manages to get him/her out by activating the self-destruct system. Chris, Jill and the helper character (Rebecca if Chris, Barry if Jill) head for the heliport, but the other two are separated from the player due to more creatures. The player gets up to the heliport and manages to contact Brad and meet the other two survivors there, but they are attacked by the Tyrant, a giant humanoid monster created through prolonged exposure to the T-virus. After the Tyrant is defeated, Chris, Jill and Barry/Rebecca manage to escape the premises in the team helicopter, just as the entire facility is destroyed by explosives through the self-destruct system activated earlier. If the player fails to save the helper character of his or her team (Jill letting Barry die, or Chris letting Rebecca die) then the helipad battle will not occur and the game will end upon the player reaching the helicopter.