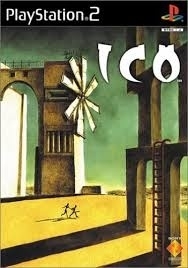 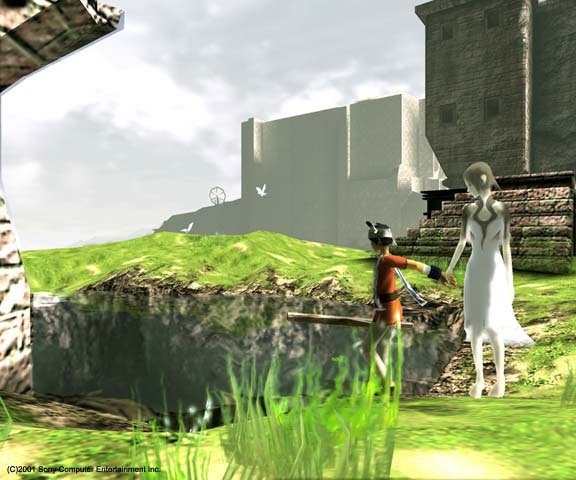 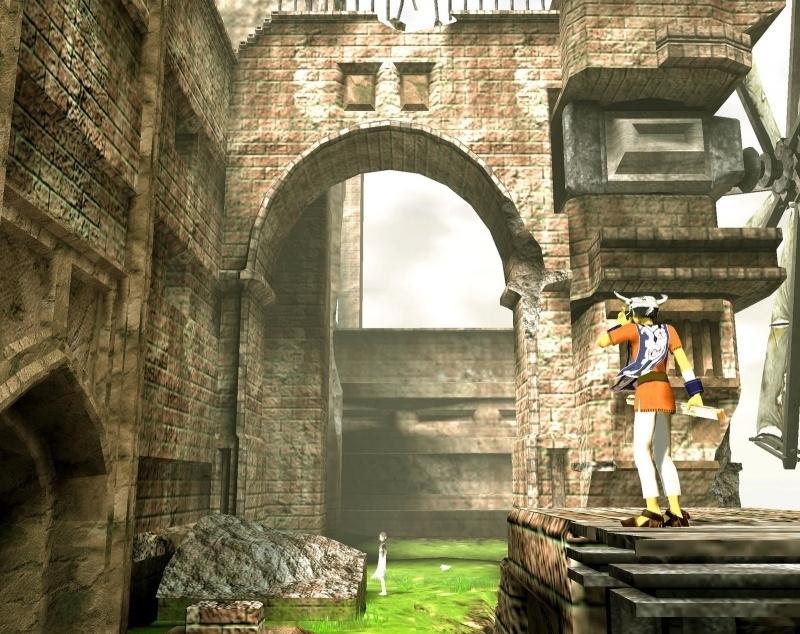 In Sony Computer Entertainment's exclusive adventure ICO, a young boy with horns is born in every generation to be traditionally sacrificed in order to cleanse the local community of evil spirits. This generation's boy (and title character), however, tries to change his fate completely by fleeing from his would-be executioners and joining up with a captured princess to escape a gigantic castle. During his quest for survival ICO will have to make his way through vast environments overrun by challenging puzzles (including brainteasers and mazes) as he battles against an army of evil apparitions while leading his princess through the secluded fortress.